While Jobs was always an intelligent and innovative thinker, his youth was riddled with frustrations over formal schooling. Jobs was a prankster in elementary school due to boredom, and his fourth-grade teacher needed to bribe him to study. Jobs tested so well, however, that administrators wanted to skip him ahead to high school — a proposal that his parents declined.

After high school, Jobs enrolled at Reed College in Portland, Oregon. Lacking direction, he dropped out of college after six months and spent the next 18 months dropping in on creative classes at the school. Jobs later recounted how one course in calligraphy developed his love of typography.

In 1974, Jobs took a position as a video game designer with Atari. Several months later he left the company to find spiritual enlightenment in India, traveling further and experimenting with psychedelic drugs. 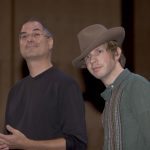 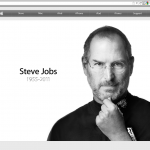