Parker was born in Herndon, Virginia, to Diane Parker, a TV advertising broker, and Bruce Parker, a U.S. government oceanographer. When Parker was seven, his father taught him how to program on an Atari 800. Parker’s father, who put his family before his entrepreneurial dreams, told Parker “if you are going to take risks, take them early before you have a family.” As a teenager, Parker’s hobbies were hacking and programming. One night, while hacking into the network of a Fortune 500 company, Parker was unable to log out after his father unplugged and confiscated his computer keyboard. Because his IP address was exposed, F.B.I. agents tracked down the 16-year-old. Since Parker was under 18, he was sentenced to community service. 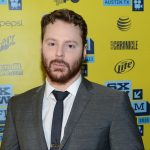